Have Only got a week to spend in Egypt and working out how to make  7 Day Egypt itinerary ? We Can help you to arrange  7 Day Egypt Tour Package and Private guided Tour and Visit Egypt Highlights in Cairo, Luxor and Aswan.

Marsa Alam  tours representative will meet & assist you at  Cairo  International Airport, Transfer to hotel by private air-conditioned vehicle Free evening Overnight in the Hotel Depends on your arrival. If your flight arrives, If you have an early flight to Cairo you can contact us to make a tour suggestion You will be picked up from your hotel in  Cairo  by our tour guide to enjoy a great excursion to The Pyramids of Giza (   Cheops , Chephren, and Mykerinus . Then proceed to visit the Great Sphinx, which dates back to the time of and visit   the Valley Temple . Lunch will be served during the Pyramids at the local restaurant in Giza Then visit the Egyptian Museum The Museum of Egyptian Antiquities in Tahir It exhibits a rare collection of over 250,000 genuine artifacts that date as far back as 5000 years, including an exclusive exhibit dedicated to the Tutankhamen - A collection of treasures, gold, and jewelry that were buried in his tomb for over 3,500 years before they were discovered in 1920 when his tomb was excavated. If you wish to visit the mummies royal hall. You need to ask the tour guide to take the National Museum of Egyptian Civilization and you pay for this. It will cost 30 $ Extra per person The New Grand museum is not open yet. It will be open soon may open by end of 2022 Optional trip to the sound and the light show at Giza Pyramids and costs 40 $ Per person . Fly to Aswan- Overnight in Aswan Day 3-Day trip to Abu simble and the Nubian Village

Early Visit Abu Simbel from Aswan by Private Car Abu Simbel temples: The two temples of Ramses the second and the Queen Nefertari were carved out of the Mountain on the west bank of the Nile between 1274 and 1244 B.c, The Great Temple was dedicated to Ramses the second, Ra-Harakhty, Amun Ra, and Ptah, with 4 Colossal statues, The second temple was dedicated to The Queen Nefertari and Goddess Hathor, the two temples were dismantled stone by stone and rebuilt on higher ground, The preservation of the two temples of Abu Simbel must Rank as the greatest Achievement of the Unesco Back to Aswan by the afternoon, Lunch will be served in Aswan Optional trip to the Nubian village The Nubian village is one of Aswan's attractions. It's worth visiting and spending  2 hours. The place is very authentic and genuine, Colorful and artistic, the Nubian Village will surprise you in every corner! While walking in the village, you will straight away feel the soul of this place! Visits of Aswan including the Temple of Philae and tour by Felucca around Elephantine, the high dam, the Unfinished Obelisk Phiala temple
Built to honour the goddess Isis, this was the last temple built in the classical Egyptian style. Construction began around 690 BC, and it was one of the last outposts where the goddess was worshipped. The High Dam
Aswan High Dam is a rock-fill dam located at the northern border between Egypt and Sudan. The dam is fed by the River Nile and the reservoir forms Lake Nasser. Construction for the project began in 1960 and was completed in 1968. It was officially inaugurated in 1971. The Unfinished Obelisk
Aswan was the source of ancient Egypt’s finest granite, used to make statues and embellish temples, pyramids, and obelisks. The large unfinished obelisk in the Northern Quarries has provided valuable insight into how these monuments were created, although the full construction process is still not entirely clear. Three sides of the shaft, nearly 42m long, were completed except for the inscriptions. At 1168 tonnes, the completed obelisk would have been the single heaviest piece of stone the Egyptians ever fashioned.  Drive to  Luxor  -overnight in  Luxor Day 5-The valley of the Kings

In the Moring, you Can choose to enjoy an early morning air balloon ride (suitable from 6 years+) This is an optional tour Pick up from your hotel in  Luxor    Start your tour of the ancient city of  Luxor . Accompanied by your private tour guide where you’ll  begin to visit the famous historical site Valley of the Kings You will cross the Nile to visit some of the most spectacular highlights of  Luxor  's fabled West Bank during which you will explore with your own private tour guide Visit the valley of the Kings. You will visit 3 Tombs.
1-The  Valley of the Kings The final resting place of Egypt’s rulers from the 18th to the 20th dynasty, it is home to tombs including the great Pharaoh Ramses II and boy Pharaoh  Tutankhamun . The tombs were well stocked with all the material goods a ruler might need in the next world. Most of the decoration inside the tombs still well preserved.
If you wish to visit the Tomb of The young Pharaoh    Tutankhamun . It costs 200 Egyptians Pounds Extra The Temple of  Hatshepsut Temple of  Hatshepsut  is one of the most beautiful & best preserved of all of the temples of Ancient Egypt you can find at  Luxor . The temple was built on three levels with two wide ramps in a central position joining the levels together. Rising out of the desert Plain, in a series of terraces, The temple of  Hatshepsut   Mergs with sheer limestone Cliffs of the eastern face of the Theban Mountain as if Nature herself had built this Extraordinary monument. Colossi of Memnon Colossi of Memnon are two massive stone statues of king Amenhotep III are the only remains of a complete mortuary temple. The statues are made from blocks of quartzite sandstone which exist in Cairo then moved 700 KM to  Luxor , The two statues Know as the Colossi of Memnon, Rising about 18 M from the plain, They are the remains of what was once the largest complex on the west bank, Built by Amenhotep the Third. At around noon you will have lunch in a local restaurant in  Luxor ,  In the Afternoon is free is actually three main temples situated on 247 acres of land.
Finally, End your day with an optional tour in a traditional Sailboat(Felucca)  during the late afternoon - the perfect way to relax while watching the traditional rural life on the river bank.
Should you wish to make any changes to the itinerary - such as visiting   Luxor  Temple instead of  Karnak

or spending more time in the souq. Fly to Cairo  Overnight in Hotel in Cairo Pick Up time from your hotel in Cairo or Giza at 08:00 am with your Egyptologist tour guide, Enjoy a fantastic orientation tour of Cairo on an 8-hour excursion that takes in the major monuments of Old Cairo and the maze of streets and stalls of the historic Khan El Khalili Bazaar. Following a hotel pick-up from Cairo or Giza, you will drive up to the Saladin Citadel, constructed by Salah al-Din on the Moqattam Hills in 1183 AD as a defence against Crusader armies. Known for its fresh air and sweeping views of Cairo, it is now a preserved historic site of mosques and museums, including the Mosque of Muhammad Ali Pasha Designed by the Turkish architect Yousif Boushnaq, who came to Cairo especially from Istanbul to build the great building, the mosque's alabaster structure stands in beautiful contrast to the sandstone city. Lunch will be served in Local restaurant in Old Cairo Then, visit Old Cairo to see major attractions such as the Hanging Church, the Ben Ezra Synagogue, the Church of St. Barbara, and the Church of Abu Serga, one of the oldest Coptic churches in Cairo Continue to the Khan el-Khalili Bazaar, one of the oldest bazaars in the Middle East. Discover a maze of alleys that have been at the centre of Cairo ’s trading activities since the 14th century. After an amazing trip, You will picked up to Cairo airport for the international departure 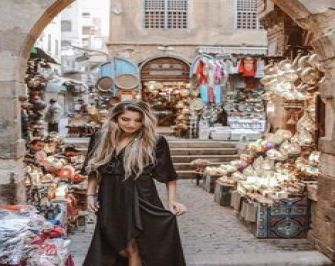 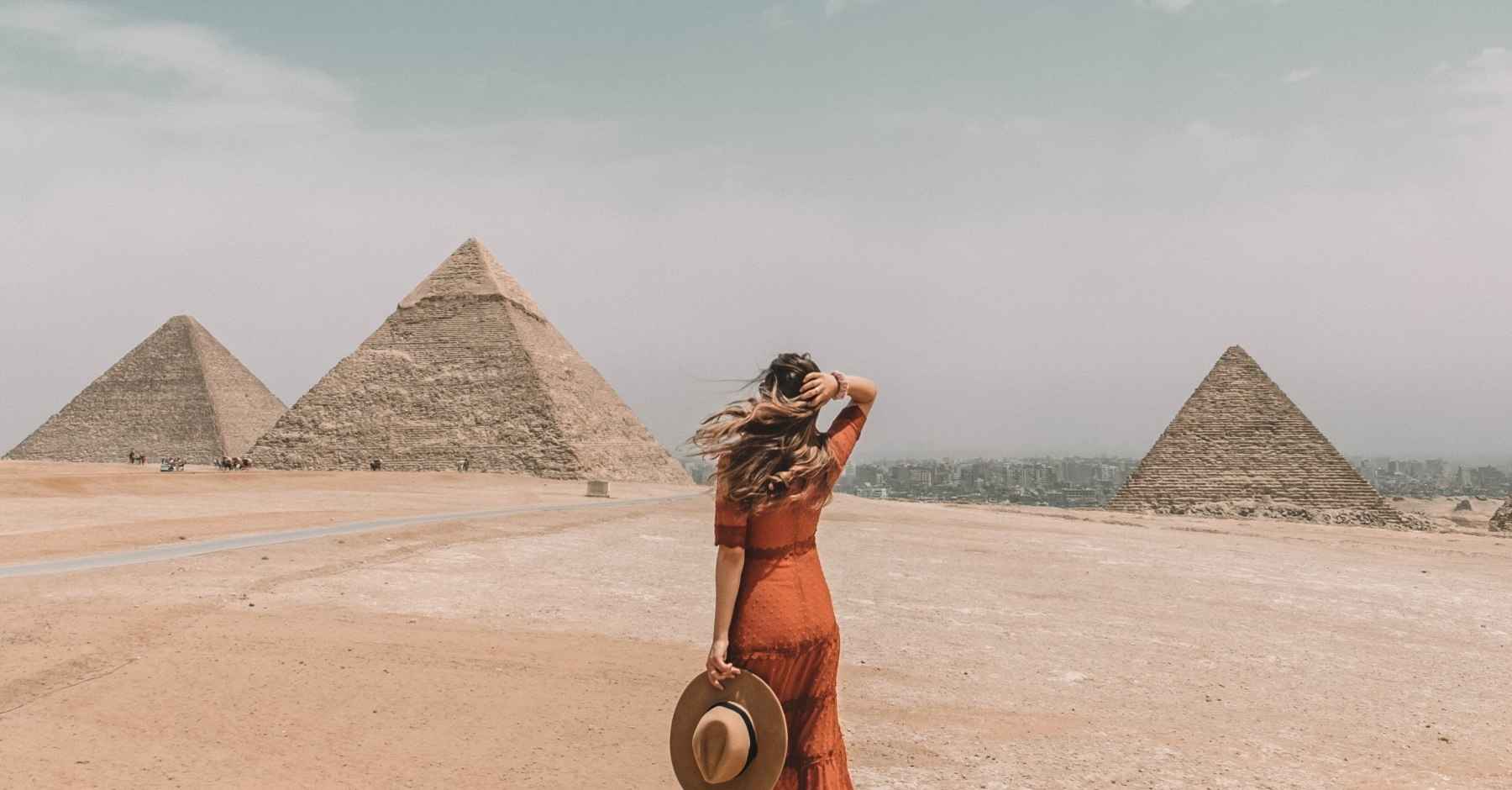 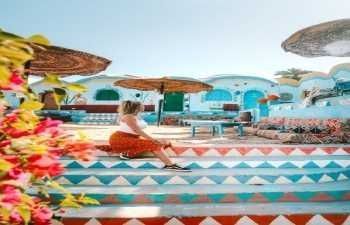 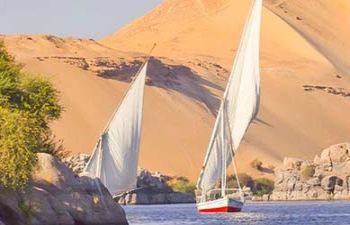 Enjoy 13 Day Egypt Itinerary, the Pyramids of Giza and the sphinx, discover the white desert and Baharyia oasis, Wadi El Hitan, Abu Simbel temples, the valley of the kings and relax at the red sea in Hurghada 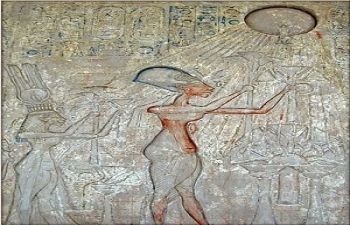 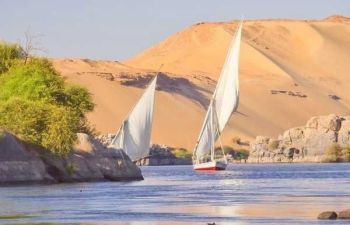 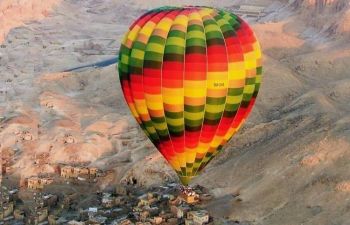 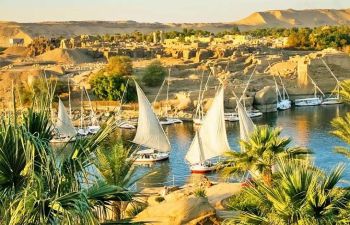 2 Days Trip to Aswan and Abu simble from Marsa Alam 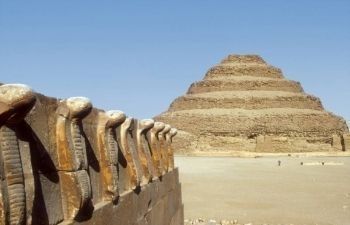